North Americans living in Costa Rica do not like Fatca 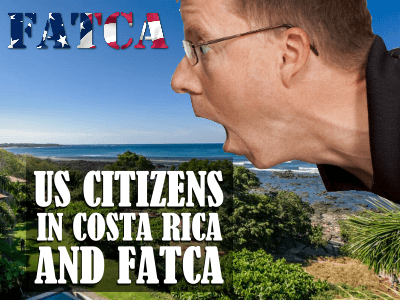 I wrote this blog about Fatca originally in January 2012. That is over 7 years ago, so I’m updating this for you.

Fatca is becoming reality as the Costa Rican government is obliging corporation owners to update their data with the tax authorities and the Central Bank of Costa Rica.

Today, you cannot hide behind the corporate structure of a Sociedad Anónima anymore. Starting September 2019, the Costa Rica Central Bank requires every Costa Rican corporation to list their shareholders publically utilizing a digital signature system. The complete disclosure of all of the final beneficiaries of the shares is mandatory.

Many of our US expats living in Costa Rica might not know that the United States Congress quietly slipped Fatca into a jobs bill in 2015. This legislation is meant to help the United States government locate overseas assets of American tax cheats.

The US and Costa Rican governments are doing everything they can to keep tabs on everything you do. Especially on how much money you earn.

Just last year, the Costa Rican government created the Dimex residency card through which they will be able to control your banking business in Costa Rica.

Of course, those who don’t have anything to hide don’t have to worry about anything, which is the large majority. The New York Times published an article about Fatca “Law to Find Tax Evaders Denounced“.

If you own a Costa Rican corporation and you haven’t complied with the last requirements, you’ll love using this solution.

No worry for retirees

Those, who are planning to move to Costa Rica soon, either to retire or to start a “new life” are good to go. They are already in the system and are paying their taxes.

It’s mostly those North Americans who have moved to Costa Rica many years ago to hide their fortunes from the IRS, rightfully or not, that the US government is interested in. Those, who probably should have resigned from their US nationality years ago, find it is too late now. You are responsible for 5 years after returning your nationality and becoming a Tico.

Jacqueline Bugnion, a director of American Citizens Abroad said “The Fatca legislation treats all Americans with overseas bank accounts as criminals, even though most of them are honest, hard-working individuals who happen to be living and working or retired abroad. There are quite some people who have invested their money in a home in Costa Rica and never told their government about it. Where will that lead to?

And what about the US corporations who moved to Costa Rica to find cheaper labor and therefore make more profits? Fatca is now causing alarm among businesses outside the United States that fear they will have to spend billions of dollars a year to meet the greatly increased reporting burdens, that started in 2013. American expatriates also say the new filing demands are daunting and overblown.

US Congress created the act after the Justice Department’s successful pursuit in 2009 of UBS that resulted in the Swiss bank — which had encouraged American citizens to set up secret offshore accounts — paying $780 million and turning over client details to avoid criminal prosecution.

Americans cannot use hidden trusts overseas to evade taxes by law. This goal is applauded by some. But critics say that it amounts to gross legislative overreach and that the $8 billion the Treasury expects to reap in taxes owed over 10 years pales next to the costs it will impose on foreign institutions. Those entities have to pay for the cost of tracking down American tax evaders. If foreign governments want to stay friendly with the US, they better get their controls in place.

Every financial firm outside the United States and any foreign company in which Americans are beneficial owners must register with the Internal Revenue Service. Expats must declare bank accounts and declare their compliance annually.

The IRS punishes with an up to 30% withholding charge for noncompliance. Many corporations bought Costa Rica real estate years ago and never bothered telling the IRS about it as Costa Rica laws allowed for offshore and nobody was paying taxes on these investments.

In combination with the new Costa Rican tax on corporations, little by little they are obliging those who are hiding fortunes to come forward. Unfortunately, this will hurt those who have been able to put a nest egg away after a lifetime of hard work. Unfortunately, those are not the ones the US government is really after.

Are you a US citizen and have a business in Costa Rica? Or do you plan to start one soon? Then you need to contact your tax accountant. 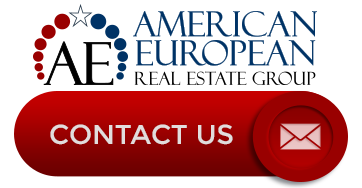